This particular kit has languished in my stash since around 2001.  It was the first Eduard kit I purchased, but it never made its was to the building bench.

A few weeks ago I was reading some material on the WWII nose art, and I ran across photos of this particular P-39F (P-400 being the designation of a bunch of P-39 aircraft made for the British but were retained by the USA).

In my decal collection, I had markings for the “Air-A-Cutie”, perhaps the most risqué nose art of the war.  This was Cutting Edge decals for various P-39 and P-400 Airacobra's, sheet number CED 48035.  This aircraft was a P-39F of the 36th Fighter Squadron, 8th Fighter Group on New Guinea in August 1943.

Not wanting these decals to go unused, I dug out this old kit and went to work on it.

It goes together very well.  I had used the pre-cast nose weight from this kit in the previously mentioned P-400 I had made.  Not to worry, as I had a good supply of #8 lead bird shot I use for making nose weights when needed.  This size shot is small and can be fit into even small spaces.  On this model I filled the area in from of the cockpit over the nose wheel bay with the shot.  It was more than ample to keep this model from being a tail sitter.

The airframe was painted with Tamiya acrylics.  I covered the paint with Microscale Satin varnish and applied the decals.  These decals were made before the Eduard kit, as they were more than likely fitted to the very old Monogram P-39.  They fit perfectly, even the white stripe around the nose.

I also applied some decals from Superscale International P-39Q and P-400 Airacobra's decal set.  The wing walks, prop logos and few other decals were used.

After decals, more satin varnish was applied, and the model was detailed with Tamiya Panel Line Accent Color in black and dark brown.  I apply this material with the brush built into the bottle cap.  After it dries, I carefully remove the excess with a 1/4” flat brush dipped in mineral spirits and wiped almost dry.  The exhaust stains are applied with Tamiya Weathering Master chalk.

Contemporary Eduard kits are more detailed than this one, but this kit is more than adequate and makes a nice replica.  There is nothing to not like. 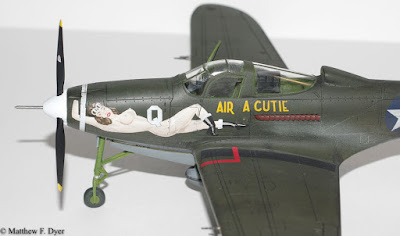 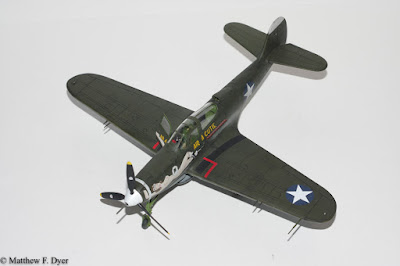 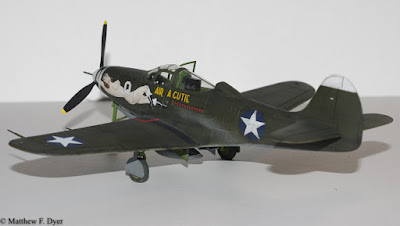 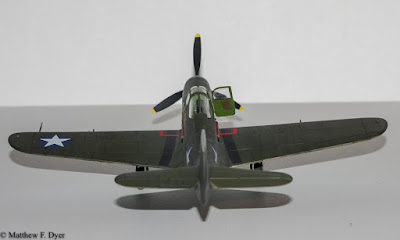 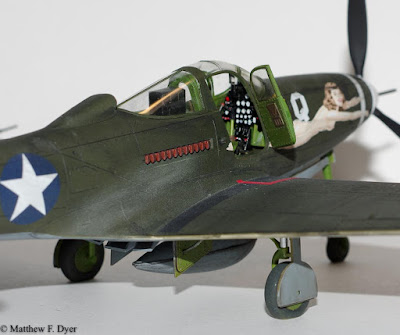 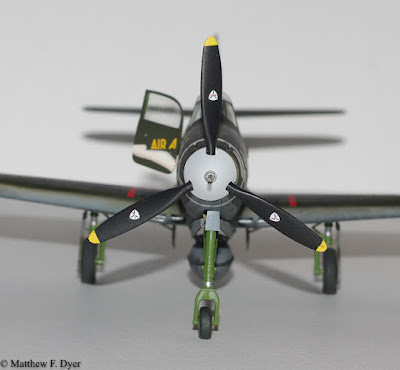 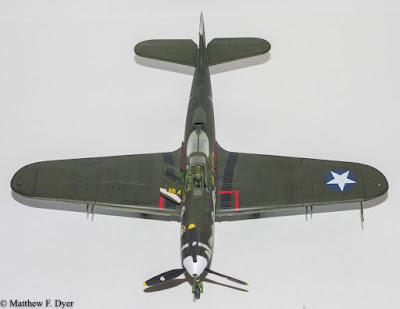 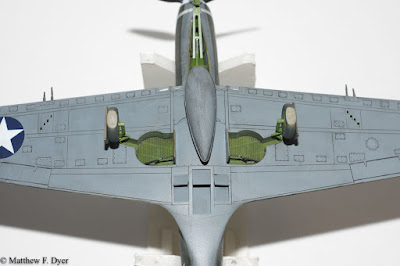