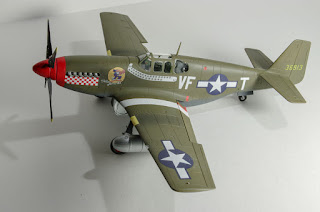 The Kit & Build
This venerable kit was released in 1995.  Since then it has been released in a number of guises.

There were no fit issues aside from a minor gap between the top wing panel and the fuselage, which I took care of with Perfect Putty.  And, that fit issue may have been something I created myself.  (See photos below.)

The model is nicely detailed, but you are on your own with seatbelts.

I did not happen to have any pre-made masks available for this kit, so I went with Bare Metal self-adhesive foil.  The foil got the job done, but not as neatly as kabuki tape masks would have.  In the near future, I am going to try Tamiya tape as a mask trimming the tape on the canopy just as one does with Bare Metal foil.

The basic paints used are pictured below.

The kit decals included Captain Don Gentile’s famous “Shangri-La”;  however, I opted for Lifelike Decals “North American P-51 Mustang Pt. 4”, sheet no. 48-048.  They were thinner and more crisply printed than the kit decals. 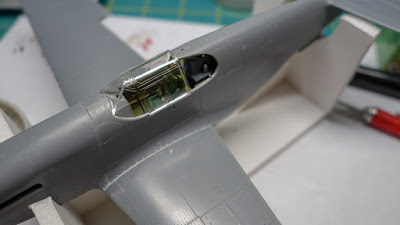 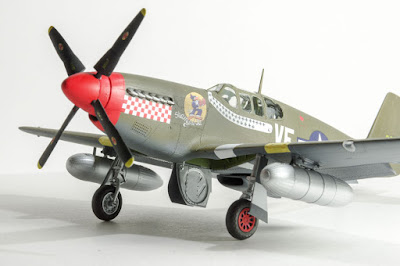 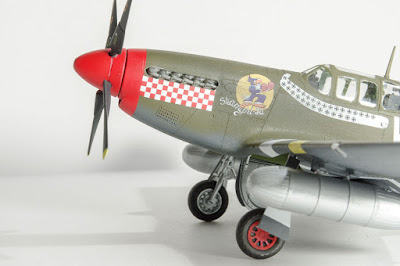 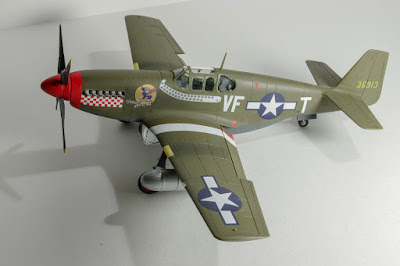 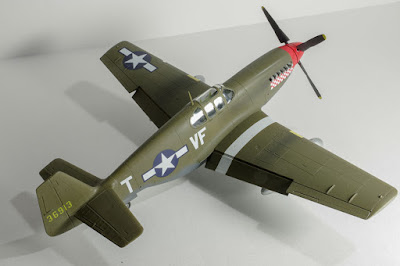 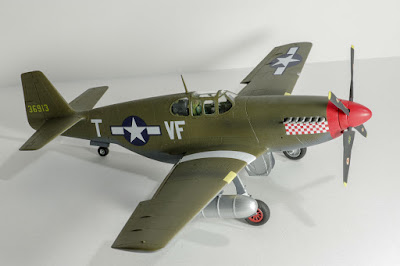 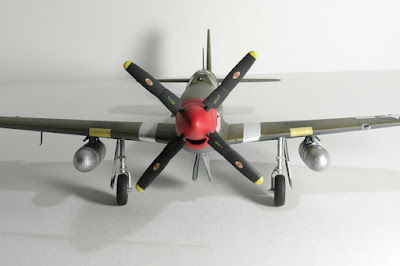 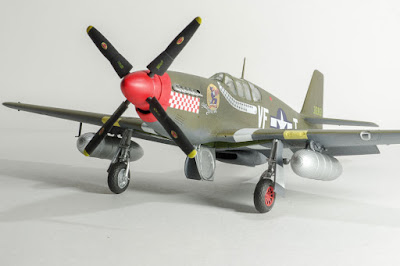 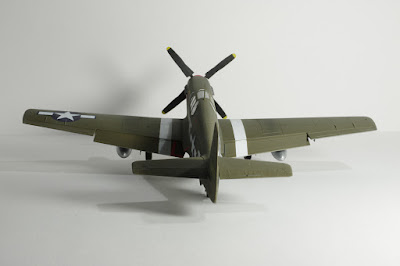 The story of Capt. Gentile is fairly well-known.  He flew in the RAF Eagle Squadrons before the United States entered the European war and transferred to the U. S. Army Air Forces when it did.  He had two aerial victories with the RAF, and ran up a total of 19.83 aerial victories with the U. S. Army.  After his last mission, he buzzed the airfield for the benefit of the assembled press people and ended up totaling the “Shangri-La”.  A lesser pilot would have faced a court martial.  Gentile went home and sold war bonds, which was a wiser use of this fine pilot.  Tragically, Capt. Gentile died on January 28, 1951 when he crashed in a P-80 Shooting Star on a routine flight.  He was only 30 years old.  (This information is from Wikipedia.) 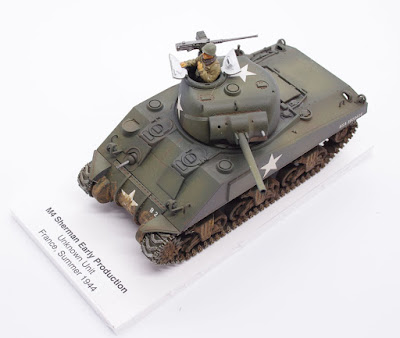 The Kit & Build
A 2004 Tamiya release, this was my second piece of armor in this scale.

The tracks are link and length.  The lower hull is molded from metal, which adds a nice amount of heft to the model.  I like that as it makes handling the model easier, both under construction and after it is finished.  Decals for 3 vehicles are included.  I chose an M4 from an unknown unit in France in the summer of 1944.

There is not a lot to say about this build.  The construction is over before you know it.  I painted the model with Tamiya XF-62 Olive Drab overall.  Details were picked out with various Vallejo paints.

I weathered the lower hull and tracks with Vallejo Pigments 73.109 Natural Umber.  This pigment is adhered to the model using Vallejo airbrush thinner.  I read that technique somewhere, and decided to try it. It worked very well.  You apply the thinner to the model generously but not so much as it runs all over.  Then you sprinkle the pigment on.  I used a brush for this.  Once I was satisfied, I sealed it with an airbrushed coat of Testors Dullcote.  I also used Tamiya Panel Line Accent in Dark Brown and Black, which made the details pop.

The tank commander figure comes from a Verlinden 4 figure set, U.S. Tank Crew WWII #2214.  The figures are very nicely molded, and now I have 3 more to use on future projects.

This was a very enjoyable build.  There were no faults with the kit.  I have a couple more of these 1/48 models under the workbench which I am looking forward to building. 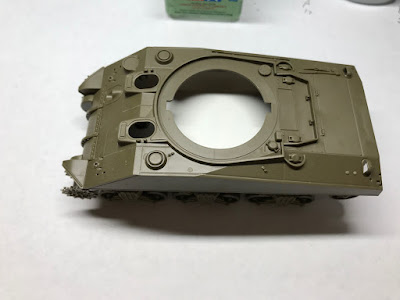 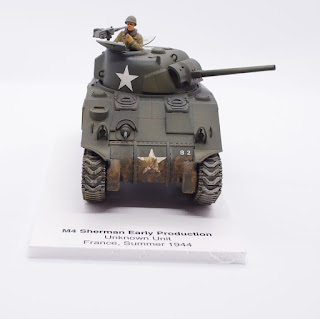 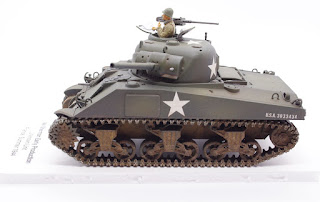 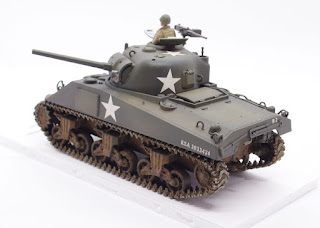 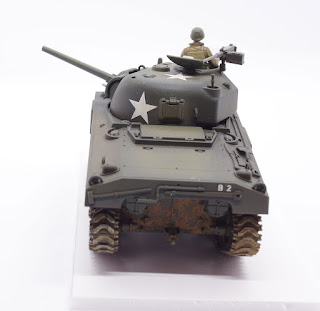 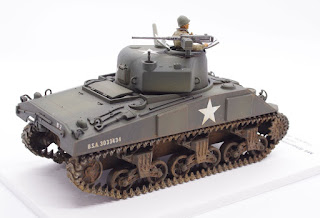 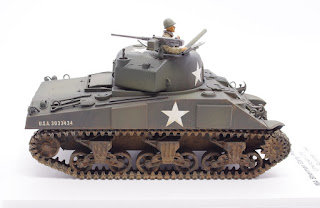 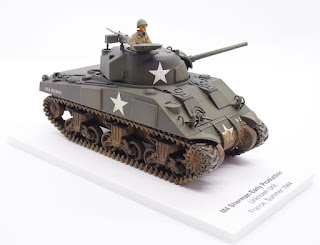 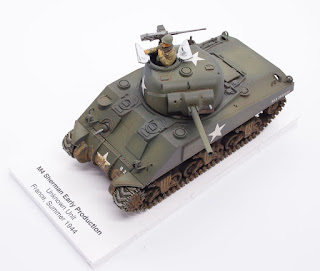 As always, thank you for visiting my blog.  Comments are always welcome.
Posted by Matt at 2:18 PM 5 comments: