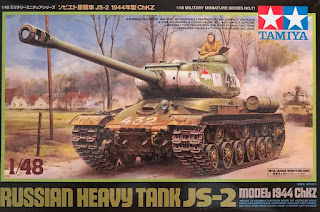 This kit was released in 2012.  It comes with link and length tracks and a commander figure.  There are markings for four different tanks.  All in all, this is a very nice kit like all the others in the Tamiya 1/48 series.  This series of models lets the modeler build a nice Tamiya kit that does not take up much shelf space, can be finished in a short period of time, and can be obtained for less than $30.

Markings are included for four tanks.  I picked a machine of the 7th Independent Guards Heavy Tank Brigade in Berlin, April 1945.  Aside from the machine gun near the main gun, there was another in the rear of the turret facing aft.  It is a very impressive machine.

There is a gap between the bottom of the hull and the side fenders, which is somewhat common in tank kits.  I was going to have the top hatch open with the commander figure installed, so from certain viewing angles, you could see through the gap.  To remedy this I cut a disk of thin plastic, painted it black, and cemented it to the bottom of the turret.

The link and length tracks are a challenge in that you have to pay very close attention to the assembly sequence and make sure the correct parts are being assembled in the correct order.  The finished result is worth it, particularly with this tank as there is quite a bit of sagging on the upper track run.  Those sags are very challenging to reproduce with “rubber band” vinyl tracks.  Dealing with the track assembly took about half the total assembly time of this model.


Ultimately, I liked the bright green color so much, I decided to forego any weathering.  It now looks like a display tank at Bovington.  I once read a comment by Steve  Zolaga, noted armor expert, that Russian armor green was very bright.  I think Testors has discontinued the Acryl line of paints, so my two bottles will come in handy.

I used these paints and finishing products: 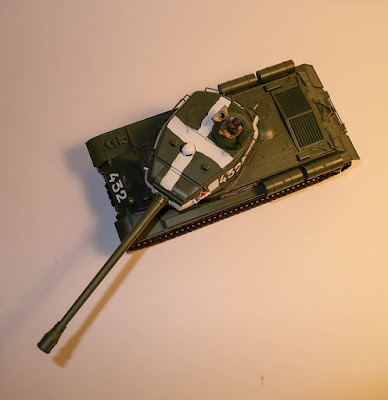 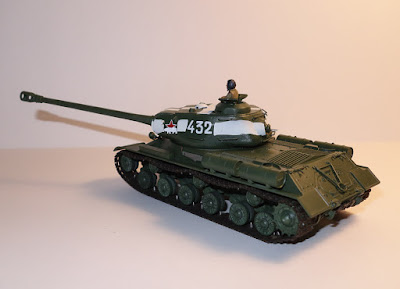 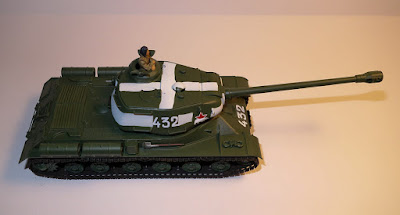 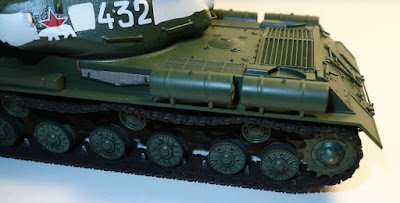 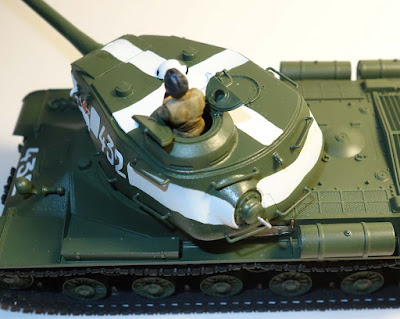 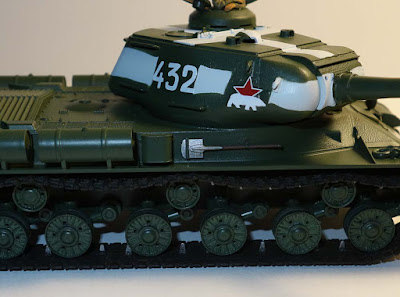 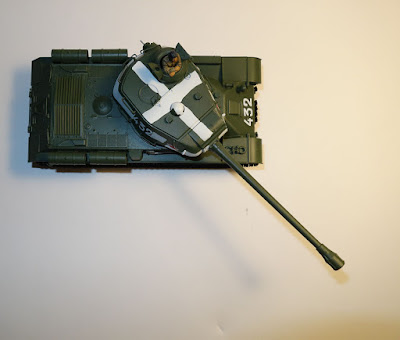