To me, the Spitfire was the most attractive aircraft to come out of WWII.  One can easily see its parentage in the racing aircraft of the 1930’s.  The legend of this aircraft will never be forgotten.  It served on all fronts in many different versions.


I have made only one ProfiPack edition before, and it was a joy to work with.  I love having the choice of markings, the PE detail parts, and the canopy painting masks all in one box.  I admit that I do not try to use all the PE parts as some of them are so tiny that I really have trouble working with them.  The pre-painted PE parts are wonderful, although I suppose some purists think that they should come plain so the modeler has to color them.  I cannot say they would be wrong, but then neither am I.  These models are made for my enjoyment and not to become a contest winner.  The hobby is for enjoyment and that enjoyment is where you find it.


This Spitfire was flown by 1st Lt. Leonard Helton, 52nd FG, 4th FS, La Sebala Airfield, Tunisia, and June 1943.  The background on the Eduard instruction booklet is as follows:


“The US Army Air Force was one of the Spitfire MK.IX operators in the Mediterranean Theatre of Operations. The 52nd Fighter Group flew Spitfires till March /April 1944 when it was re-equipped with the P-51 Mustang. The Group came to northern Africa as a part of the invading Allied forces during Operation Torch that was launched on November 8, 1942. The British camouflage is topped up with US national insignia. At least one British roundel was left on the left wing underside. The former markings were over painted with fresh colors that seem to be darker than the rest of the camouflage. The new code letters were added then. The yellow outline of the national insignia was applied during Operation Torch to distinguish US aircraft and frequently seen in the Mediterranean during the following months.”


We are used to seeing American aircraft in the marking of another country, e.g., Great Britain and USSR.  However, I was immediately drawn to the American markings on this Spitfire.  It was one of five versions available in this kit.

Here are some photos of the completed model: 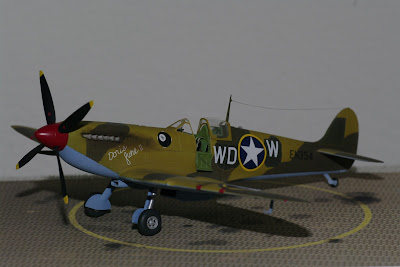 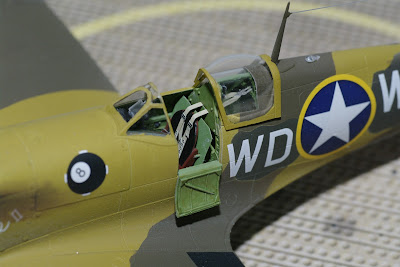 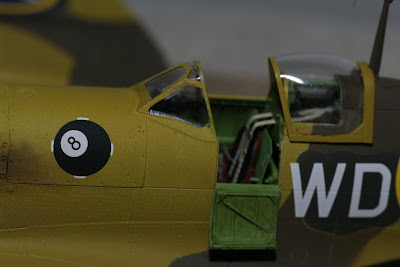 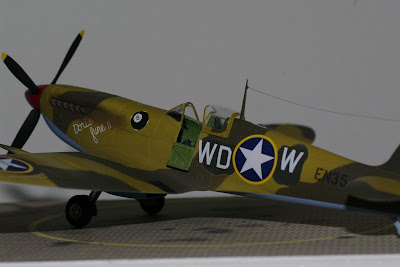 Here are some of the construction photos: 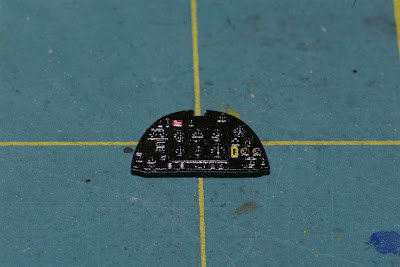 The instrument panel comes on the PE fret, and has raised detail and is colored. It is made up of two layers.  Exceptionally nice. 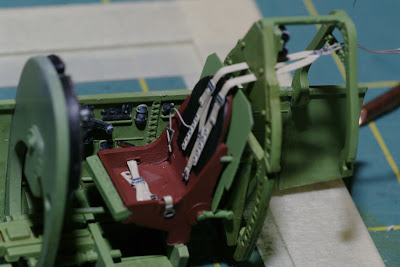 The cockpit details are very nice, particularly the armor plate behind the seat that is a more scale thickness than the plastic piece that was included (They can only make molded plastic pieces so thin).  The seat belts are also pre-colored. 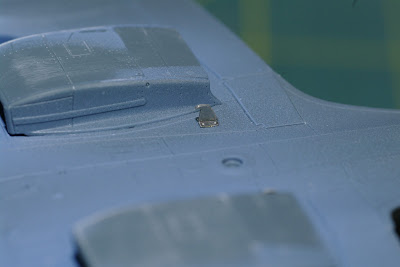 I am not sure what those tiny PE hooks are used for (tie down?), but they look neat.  Eduard’s PE details really add a lot to the finished model. 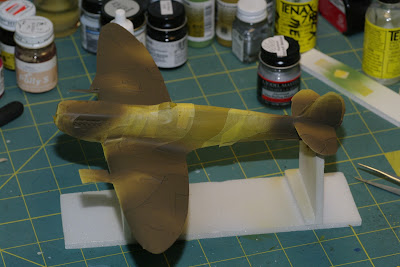 I masked camouflage paint job, and it worked out okay.  Trying to reproduce the demarcation lines around the sides and over the top to the other side is a challenge.  I used Tamiya tape and filled in the larger gaps with Frog tape.  The model was primed with Vallejo Surface Primer first and the color coats are all Vallejo Air paints.  The Colored paint sticks very well to the primer so there were no issues with color lifting from the plastic when the tape is removed. 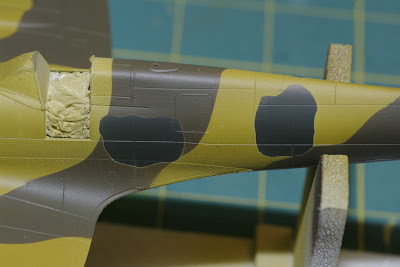 I cut masks to cover the area where the RAF markings would have been placed.  These areas were painted Olive Drab.  Presumably the USAAF had plenty of that color on hand.  The camouflage finish is RAF standard desert pattern and color.
﻿
Posted by Matt at 1:44 PM 2 comments:


In my wanderings around the Internet, I came across this very interesting item:

http://craftsmanship.net/parts-recreation/
Craftsmanship is a web magazine which they describe as follows:
“This magazine was created to explore the ethos of craftsmanship in its widest sense—a journey that we take primarily through stories about the most interesting people in the world who work with their hands."


So, it is not a scale modeling website per se.  The article I have linked to Parts and Recreation by Jeff Greenwald is a wonderful, detailed description of the design and production of plastic models by Monogram and Revell over the last 70 years.  There are interviews with some of the original artisans in the field.

In the beginning, the molds were produced with much handwork here in the USA.  Today, they are cut in China based on computer directions sent there by Revell.

If you have any curiosity about how our model kits have been and are produced, and all the work that goes into them from concept to store shelf, this article is really worth reading.
Posted by Matt at 5:13 PM No comments: