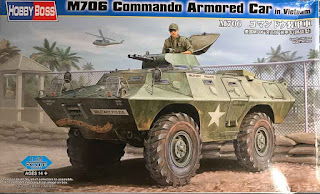 I was one of the 2,709,918 Americans who served in Vietnam during the war (9.8% of the male members of the Baby Boom generation).  In my case, it was as a member of the U.S. Army Intelligence Service.

I spent some of my time in country at Tan Son Nhut, the air base just outside Saigon.  Security at Tan Son Nhut was the responsibility of the USAF and some ARVNs.  The Air Force guys had M706 Commando Armored cars they rode around in, only their model had a single .50 caliber M2 mount on the top, not the twin .30 caliber M1919 mount this kit replicates.

The Air Force guys would ride around wearing those huge ear protectors the guys wore on the flight line.   Inter-service rivalry required that we say something, so we not-all-that-bright Army guys would make fun of their “ear muffs”.  Haha.  So funny.  Of course, those USAF guys are home now listening to their TV’s without the volume so high that one can hear it in the next county.

With that background, and never having made a Hobby Boss kit, I was immediately attracted to this one.

Generally, I liked the kit.  It went together well with no huge problem areas.  I had to use some putty on the front to eliminate some gaps, but they may have been more my fault than theirs.  There is a partial interior.   I say “partial” because the main pieces are there, such as the crew seats and the engine cover, but there is little other detail.  The driver’s seat has to be too small, and maybe the entire drivers compartment is too small.  I don’t know.  However, I closed all the hatches, so the only way it can be viewed is to remove the turret, which is easily done.

I liked the separate clear windows.  The vinyl tires left something  to be desired.  They have an indented seam in the center of the tread that is way too deep to be sanded out.  Otherwise, the tires are nice, but I would have preferred plastic.

There is a fret containing two stone guards for the headlights, a nice touch.  The decals went on very well with Tamiya Mark Fit.  The markings are for two Army MP vehicles, and I selected the one with the colorful name on front.  (For those who don’t know, “Blind Faith” was a short-lived “super group” formed by Steve Winwood and Eric Clapton in 1969-1970.)

This is my second Vietnam War vehicle.  I have gathered some after market items for a Tamiya M48A3 I will be building at some point.

All in all, this was an enjoyable build and I recommend it to modelers interested in the Vietnam War. 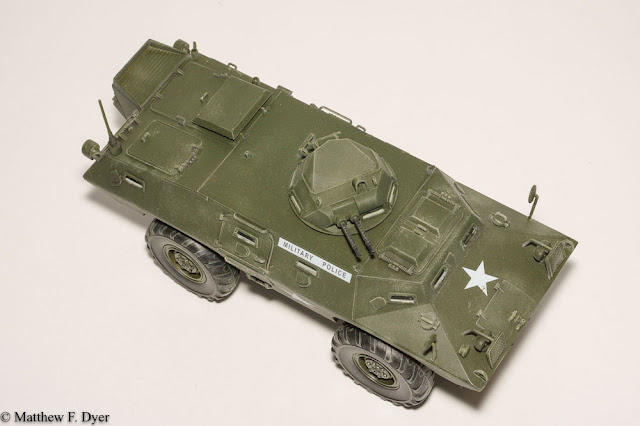 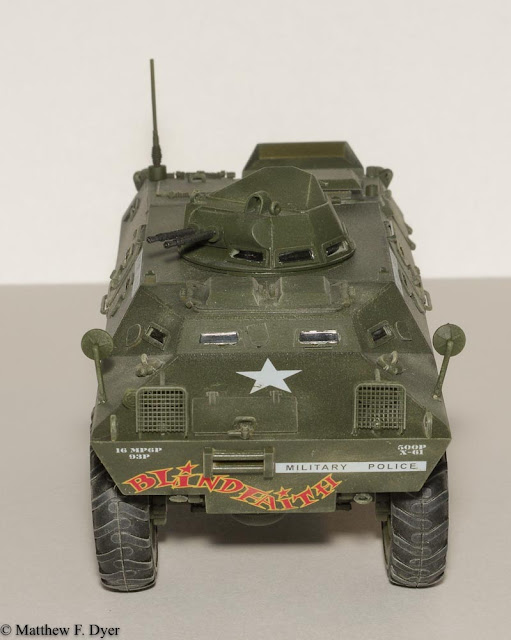 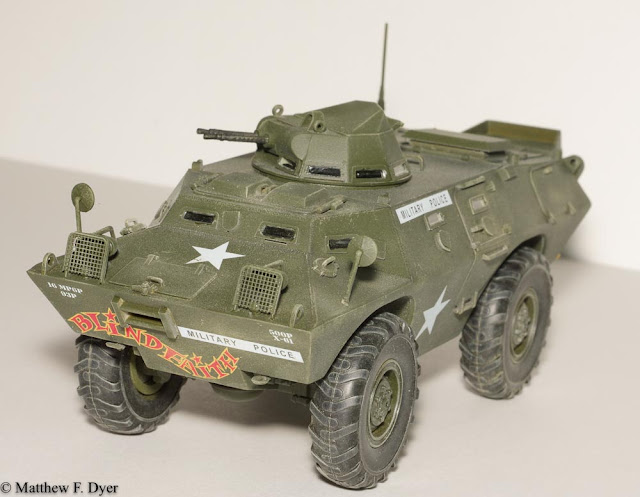 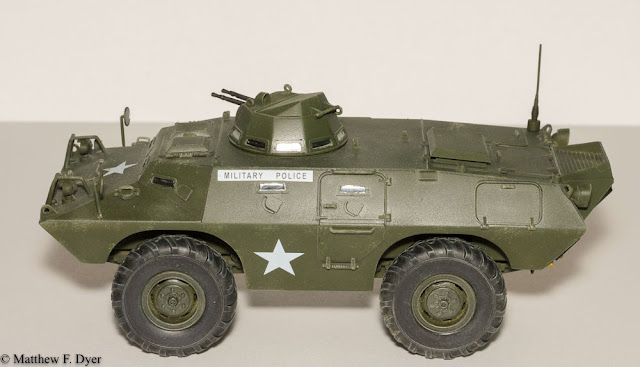 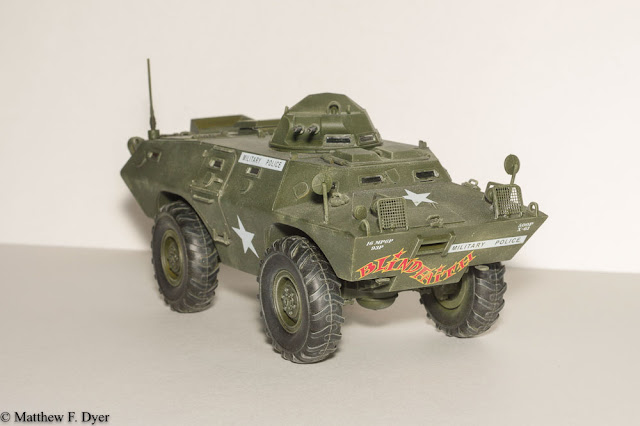 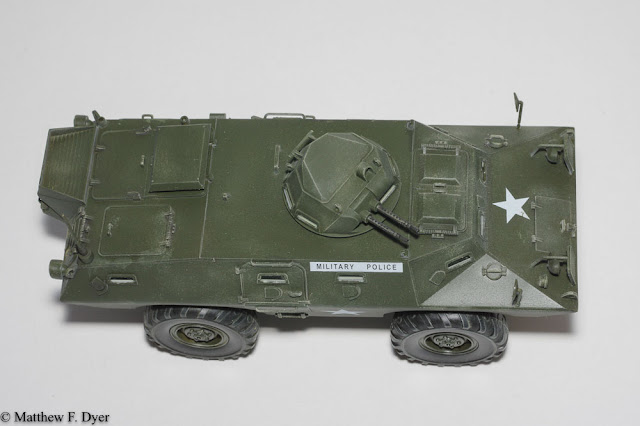 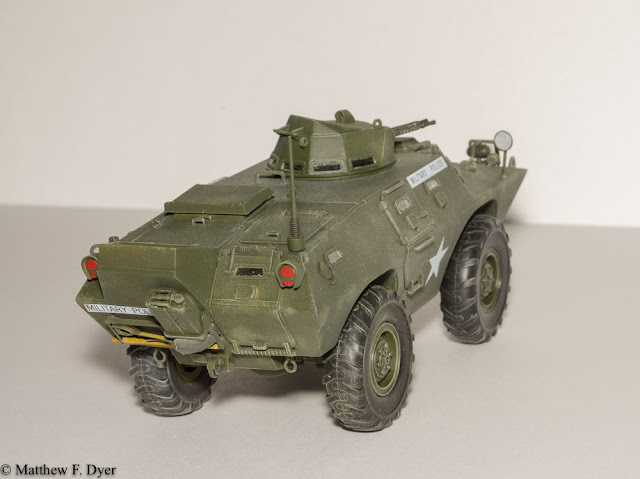 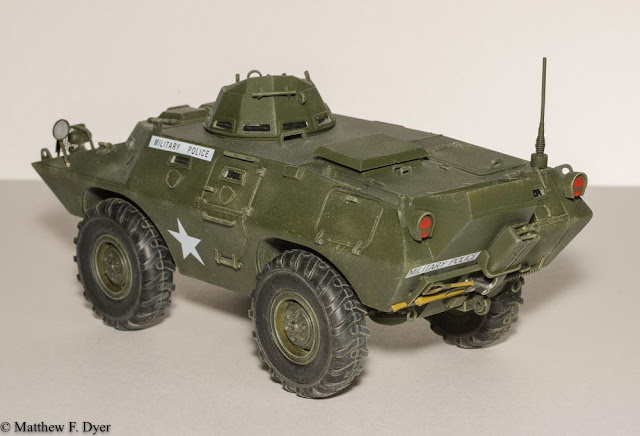 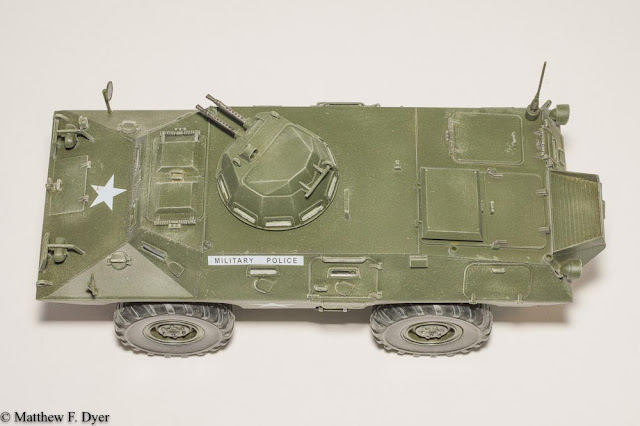 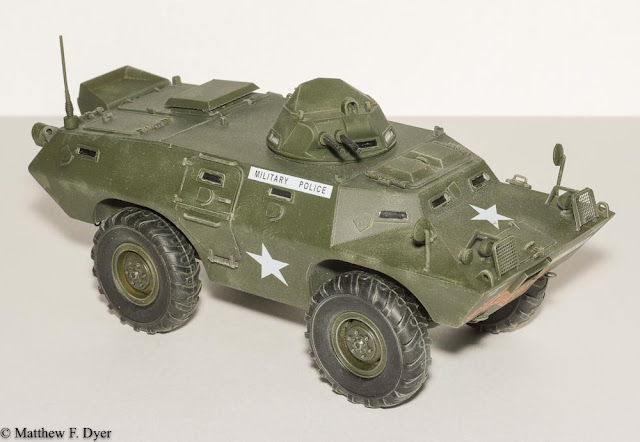 As always, thank you for visiting my blog.  Comments are always welcome.
Posted by Matt at 10:46 AM