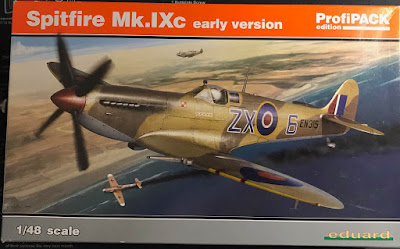 Actually, the kit I used was an Early Edition, but all the parts needed for the Late Edition are in there too.  Some time ago, I had pirated the markings, the masks and some parts from this ProfiPACK kit for another project.  I put the reminder away for another day.

At some point, Eduard offered a Spitfire in Israeli Defense Force service markings.  But for the fact I simply had accumulated too many ProfiPACK kits in my stash, I would have bought it.

Then I saw Techmod decal set 48064, with markings for Spitfires in IDF service.   After examining this kit,  I found that all the parts for a Late Edition with the clipped wings and the cannons mounted outboard were all there.  All I needed were for the Late Edition instructions to identify the correct parts.   That was easily easily available on the Eduard website.

Confused?  I hope not.  The kit went together perfectly with no issues.  The Eduard Spitfires are well-known and do not require much recounting here.  This is my second Eduard 1/48th scale Spitfire, and I was again unable to figure out the odd arrangement of parts for the exhaust manifolds.  But that was no issue as they fit perfectly without all the parts called for.  Some of the parts are extremely small and difficult to work with.  However, patience will be rewarded.

The red stripes on the tail were masked off and painted and came out really well.  I used Vallejo Model Air Red/RLM 23, 71.003.

The Techmod decals work very well and settled down with Tamiya Mark Fit (regular strength).  Mark Fit Strong should be reserved for heavier decals, such as Tamiya's own.  Techmod decals come from Poland, and they are very high quality and beautifully printed.  Full color instructions/diagrams are included.  This is my second model using them, and I am quite pleased.  I obtained mine from Hannant’s in the UK. 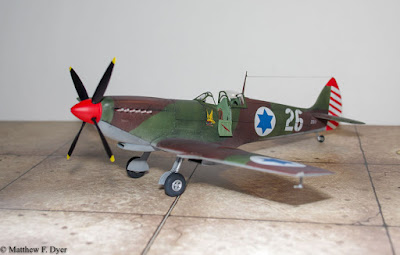 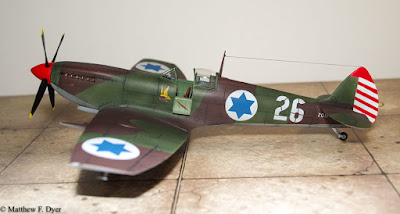 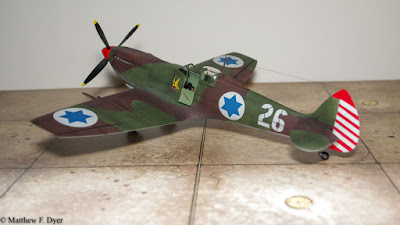 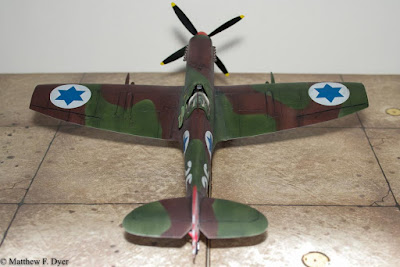 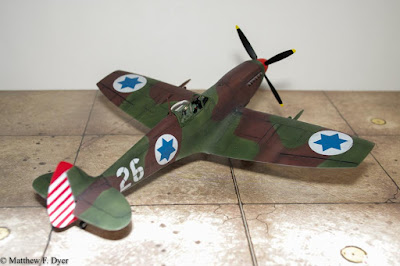 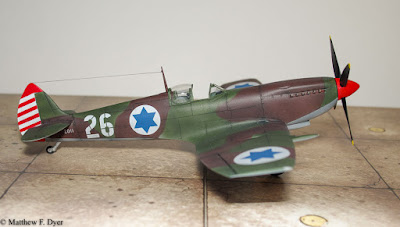 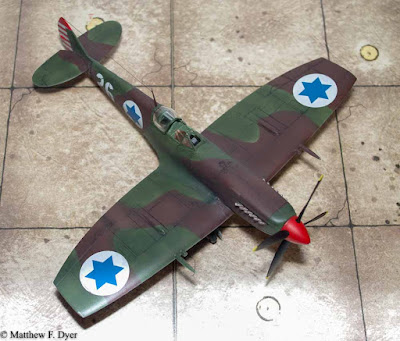 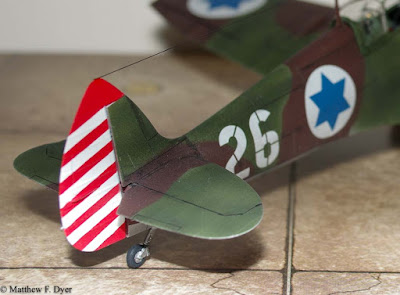 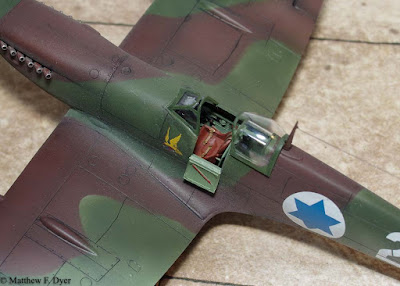 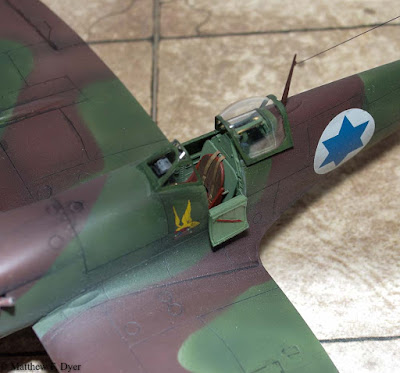 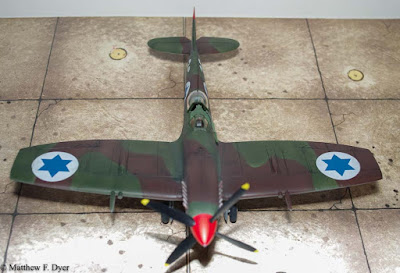 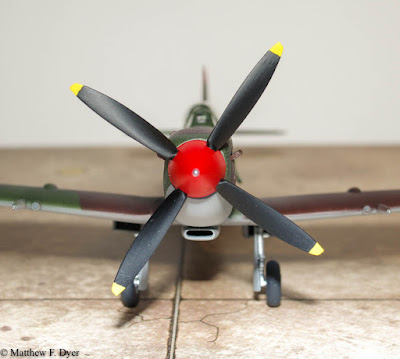 Operation Velvetta  involved the ferrying of some 60 Spitfires purchased by the the newly created State of Israel in 1948 from Czechoslovakia at $23,000 per plane.  Israel was involved in a rapidly expanding war with their Arab neighbors.  See Wikipedia article here.

During the war, there was actually an air battle where Egyptian Spitfires fought Israeli Spitfires.   Another ironic fact is that Israel also flew a number of Bf109 ex-Luftwaffe fighters.

Although the U. S. was the first country to recognize the Jewish state upon its creation, the arms cornucopia had not opened at that point.  Israel had to make do with what could be bought on the open market.  Only 4 years after the end of World War II, there was a lot of war material available for purchase.

I was very pleased to be able to add this Spitfire to my collection.

As always, thank you for visiting my blog.  Comments are always welcome.
Posted by Matt at 5:04 PM