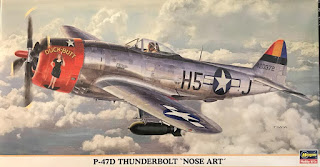 The Thunderbolt needs little introduction.  It was a massive airplane for a fighter.  Fully loaded they could weigh upwards of eight tons and could carry a bomb load of 2,500 pounds.  Armed with eight .50 caliber machine guns, they packed a punch that could even sink ships the size of a destroyer, not to mention absolutely decimating armored columns and railroad trains.  The last Thunderbolts were retired in 1966 after serving in the Peruvian Air Force.

This model carries the markings of a fighter bomber squadron serving in Italy in 1944.  I configured it with a 500 pound bomb under each wing and no drop tank as tactical support missions were being flown at that time in Italy within reasonably short distances of U.S.Army Air Corps forward bases.

I have said all that there is to say about the build and finishing, so I will wrap this up by simply saying that these 1/48th scale Hasegawa kits have held up well over the past 20 years and are well worth building. 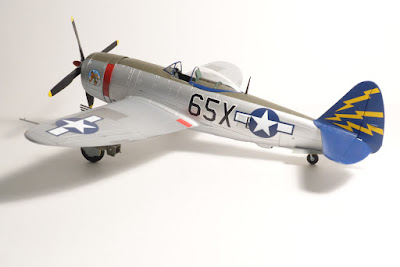 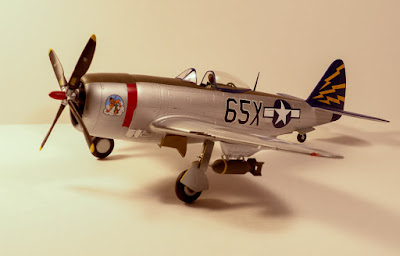 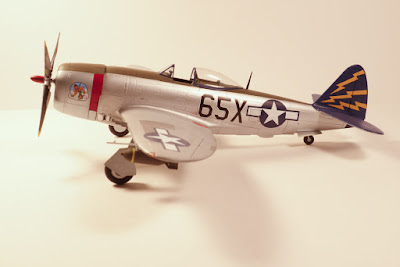 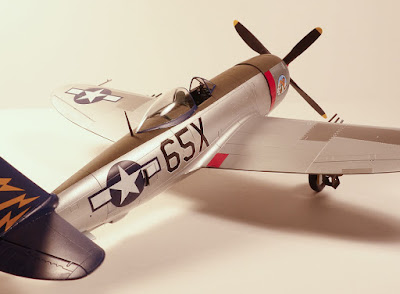 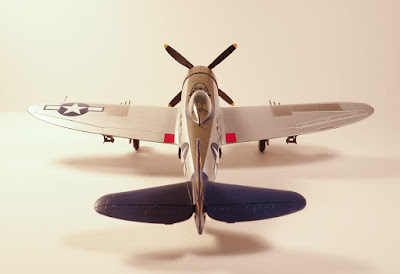 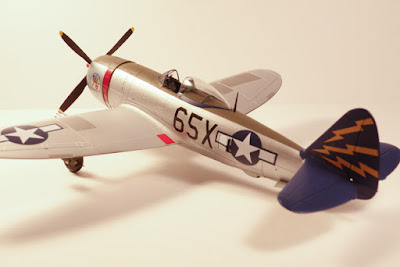 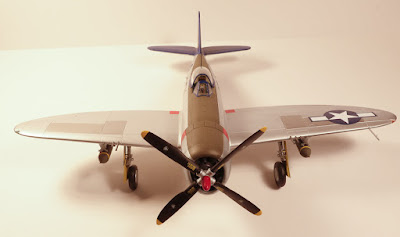 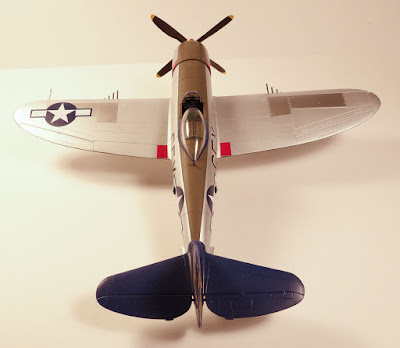 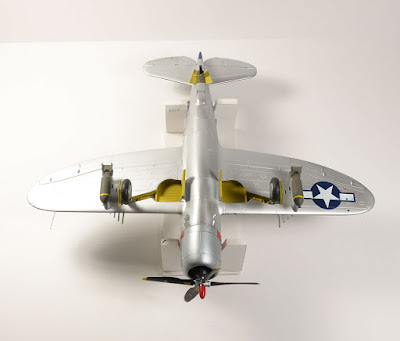 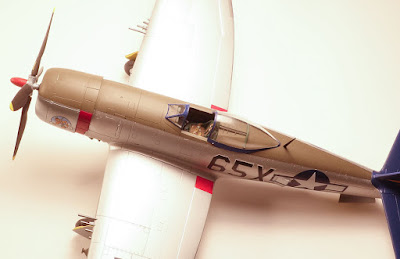