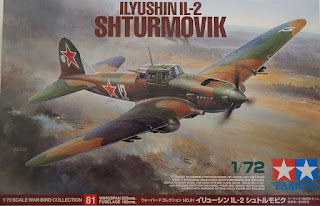 I was looking for a relatively simple project, and this kit 2013 release was in my stash.  Tamiya’s 1/72 scale aircraft are usually among the best in that scale one can buy.

The IL-2 was the Soviet AF’s famous “flying tank”.  This nickname was bestowed on it by the Germans who were amazed at the ability of the IL-2’s armor to shed small arms fire.

Stalin famously said this aircraft was as important to the military as bread and air for the soldiers.  In that same statement he expressed how upset he was at low IL-2 production.  Construction delays caused by constant improvements being added to the aircraft at the expense of production volume were the main cause.  Stalin sent a message that he wanted production increases pronto, and ended the note with “This is my final warning.”  With Stalin’s reputation for executing anyone who displeased him, this must have had a dramatic effect on the production volume as Wikipedia says that 36,183 were built between 1941 and 1945.

I decided to use the markings for an aircraft of the 16th VA which participated in the Battle for Berlin in April and May 1945 when the USSR smashed the living daylights out of what was left of the German army.

For the first time, I used Vallejo Matt Varnish 70.520 as a final coat, and I am very pleased.  I usually use Testor’s Dullcote, which works well.  But I had a bottle of the Vallejo and thought I would try it.   It dries fast and very flat.  And it sprays very easily with a little thinner added (Vallejo Airbrush Thinner 71.061 in this case).  The finish is smoother to the tough than Dullcote, and therefore I expect it will make listing easier.  I am very pleased with the product.

Multiple weapon loads are possible as bombs (2 sizes) and rockets are included.  However, the mounting tabs on the bombs and rockets are so badly designed that they might as well have not included them.

This is a nice kit, but the wing attachment and the weapons attachment points bring an excellent kit down to just an okay kit.  Too bad.  Unless you are an IL-2 fan, you might want to skip this one.  The engineering on this kit was a bit odd considering the high standards set by Tamiya.

Anyone who has followed my blog knows I am a fan of Tamiya kits.  My criticism of the IL-2 kit  has its reasons.  This is a kit released only seven years ago, not some re-pop of a kit from the 1970’s and therefore should be judged by much higher standards.

Main gear doors have good sized tabs to mount them to the airframe.  This is one of my common kit gripes, i.e., no provision to mount landing gear doors so they fall off with the slightest touch, like when you dust the model.

Odd seam where the wing mounts to the fuselage making a clean fit somewhat tricky.  It is not clear why they engineered it this way.

There is no provision for an open front cockpit canopy, which makes it hard to see the details of the cockpit which are very nice even in this scale. 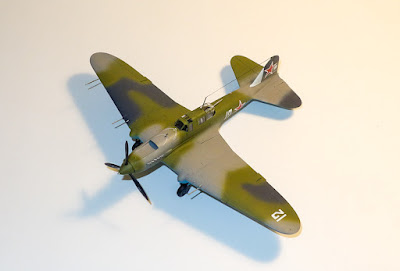 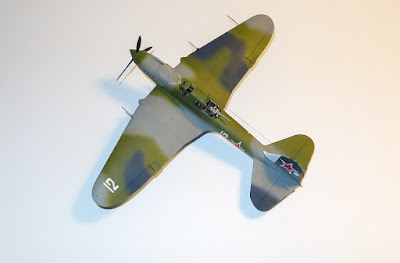 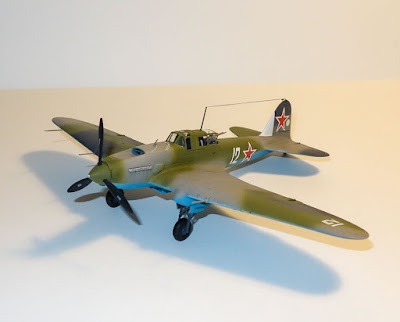 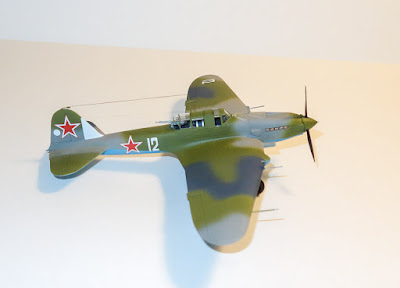 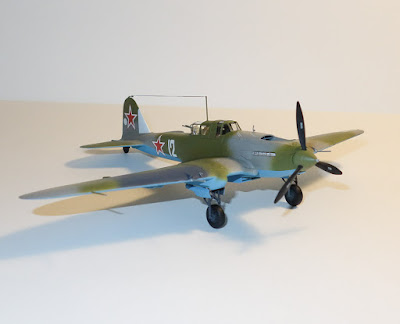 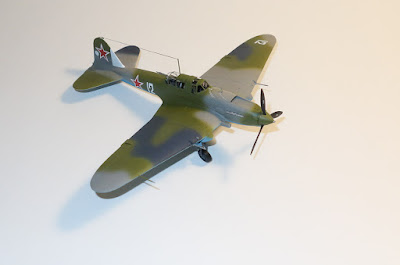 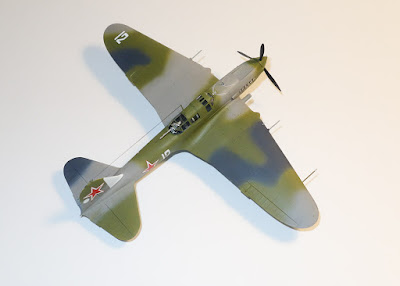 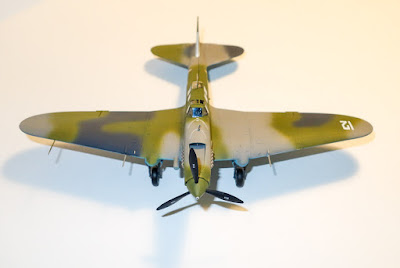 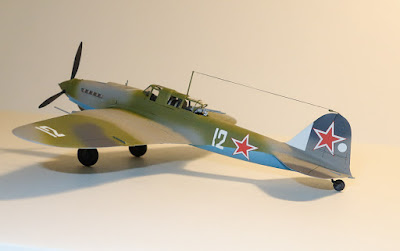 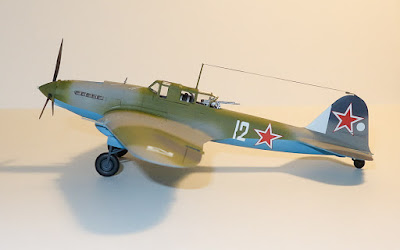 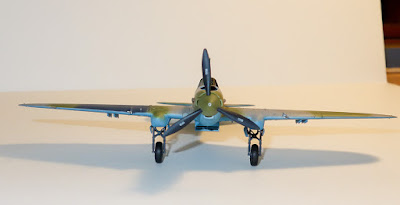 As always, thank you for visiting my blog.  Comments are always welcome.
Posted by Matt at 5:03 PM