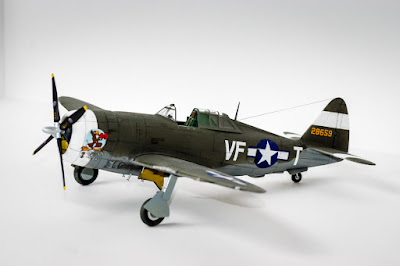 Ever since I read Thunderbolt! by Robert Johnson, one of the European Theatre’s leading aces, the “Jug” has been a great favorite of mine.  Armed with eight .50 cal. Browning M-2 machine guns, it is hard to imagine the damage it inflicted while serving on all fronts.  Johnson tells how during his training, they only armed one gun on each wing.  He never fired all eight at once until he flew some fighter sweeps across the Channel into France as part of his final preparation and training when he was sent  to Europe.  The idea was to let the new pilots fly some “easy” missions before they got fully involved with longer penetration into occupied Europe.  On one of these early missions, his flight was jumped by some German fighters.  Johnson chased one of the them and got close enough to fire his guns.  He immediately evaded and dove away as he thought his plane was being hit by fire from another fighter.  Somewhat chagrined, he soon realized that he was not being hit by enemy fire.  He was experiencing the awesome vibration and noise of eight M-2 guns being fired at once from a fighter plane.

This kit has been around for some time in my stash.  It is not currently available from spruebrothers.com, but the Bubbletop version is.  I am sure it will return.  They all seem to, don’t they?

Also, in my stash was an AeroMaster sheet no. 48-389, “4th Fighter Group - The Early Days, Pt.1”.  The aircraft that caught my eye was “Donnie Boy” flown by Lt, Don S. Gentile of the 336th Fighter Squadron in February 1944.  Gentile flew Spitfires in the No. 133 (Eagle) Squadron and became the 4th’s leading ace with 21.883 kills.  He survived the war, but tragically died testing a new jet aircraft a few years later.  His P-51B Mustang with the long white sash festooned with a cross for each German he shot down has been the subject of probably thousands of P-51B models over the years.

The only other “extra” in this model is a resin seat with harness from Ultracast, which is an improvement over the kit seat and decal marking for seatbelts.

I used Tamiya Panel Line Accent Color (Black) to weather the model some.  I like the results, although I could have been neater.  It was a good first try.

If this kit can be found for reasonable money (some of Hasegawa’s current pricing is just plain nuts), it is a great addition to any 1/48 scale collection of WWII aircraft. 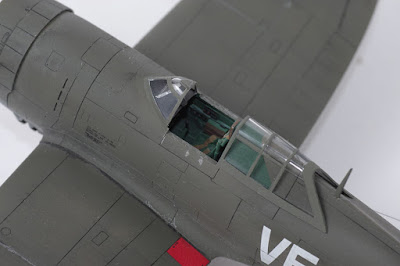 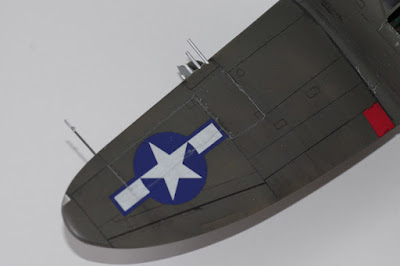 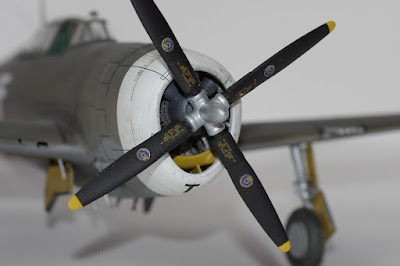 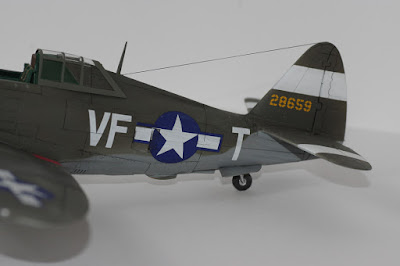 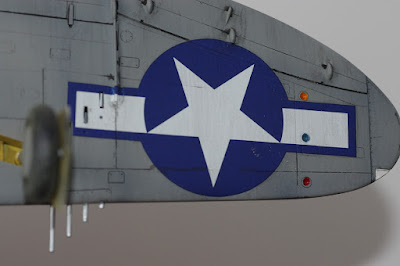 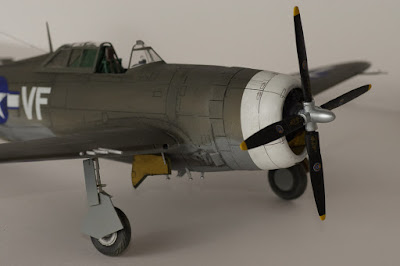 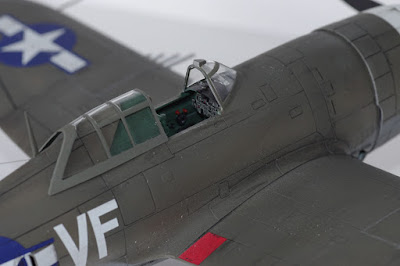 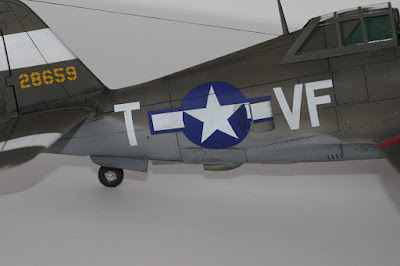 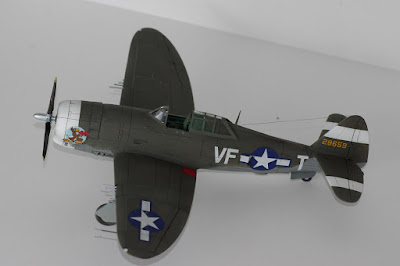 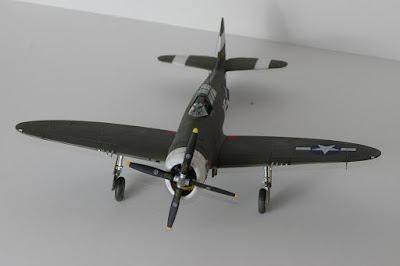 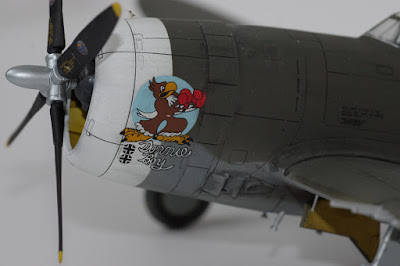